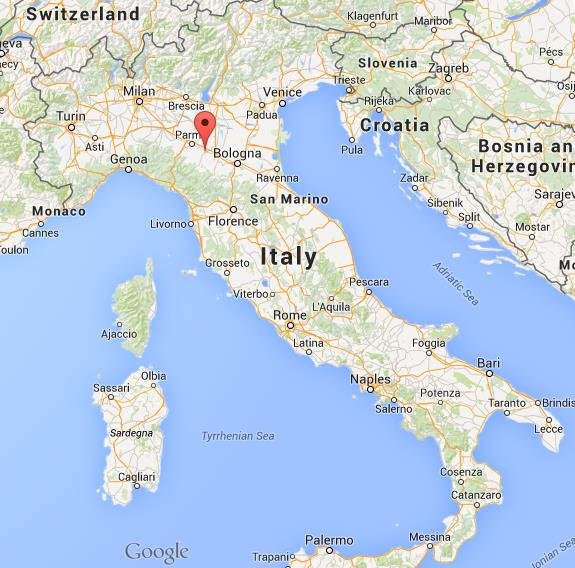 Reggio Emilia is a city in northern Italy, in the Emilia-Romagna region. It has about 170,000 inhabitants and is the main comune of the Province of Reggio Emilia. It is just south of Parma and north of Bologna on the same train line.

We took the train from Parma to Reggio Emilia which was only one stop away. Cost of the round trip per person; €6 round trip. Not bad for a day trip. You have read previously that we love to take the train. Its easier than you think. The key is to make sure you validated your ticket before you get on the train. It is usually a green or yellow box. You slide the ticket in the correct direction and it time stamps the ticket. Just be prepared that your train will probably be late; typical for Italy.

time stamp on the left edge

Yup, caught us in the reflection!

The old town has an hexagonal form, which derives from the ancient walls, and the main buildings are from the 16th–17th centuries.

The economy of the province of Reggio Emilia was for a long time based on agriculture. One well-known product is Parmigiano-Reggiano cheese. Another is Lambrusco wine. There is a great selection of frizz-ante wines in this region. That is their specialty.

Below are pictures of the Piazza Prampolini:

the other end of the piazza

The Cathedral (Duomo) (below) was built in the 9th through 12th centuries. It was reconstructed in the second half of the 16th century. It has three naves with works by Guercino, Palma the Younger, Prospero Spani and Alessandro Tiarini.

We have noticed this trip to Italy 2016, there are more people on the street begging for money. Both Gary and I never noticed this much in previous visits.

The pictures below are the Piazza San Prospero seen from the Patron Saint’s Basilica: 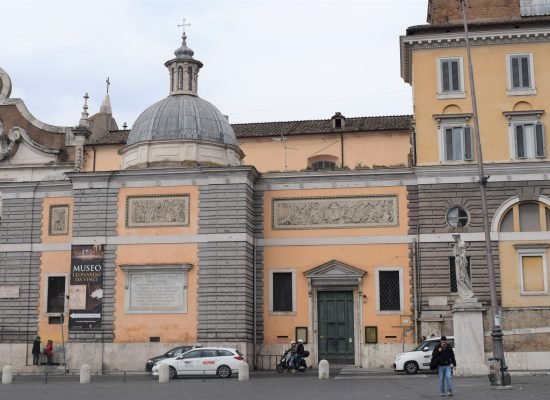 Headed for Italy or know someone going? This post

Back in the saddle again for grandchild #9 quilt.

Some our favorite wines in Italy. Rosso, of course

The beautiful tower with trees on top. Love this v

Italy brought us together. Our latest post is abou

I never knew the Blarney Stone was part of the cas

Missing our time in Lucca, Italy. Love the city ce