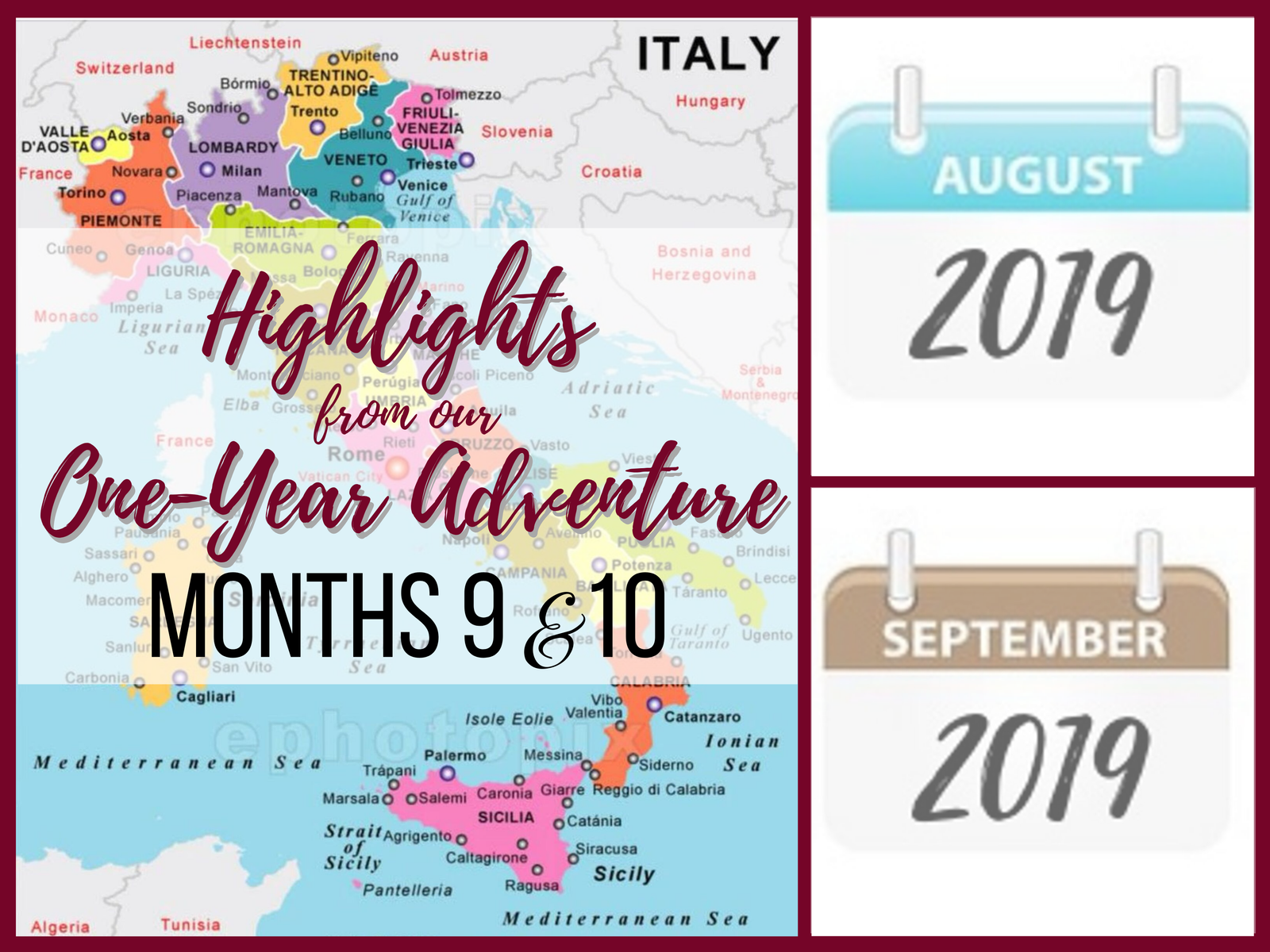 Months 9 & 10 are here and yet it just doesn’t seem possible that we have been away from family and friends that long! So many things have changed for us. We’ve learned to be a bit more tolerable of each other considering there is no one else for us to chat with! But there are other changes too.

Our eating habits have changed in the way that we prefer to eat our larger meal at pranzo, lunch and just have something lighter if we are even hungry for cena, dinner. We are going to have to get used to not having the freshest tomatoes harvested from the soil of Vesuvius, canned tuna like you have never experienced before, local wine at fantastic prices, and of course – – gelato! Of course, there are all these things back in Arizona, but they just won’t taste the same. I guess there are other ways you can look at this… we will have our selection of Mexican food right at our fingertips! Believe it or not, Gary and I have been craving this food group! This month in Verona we did actually find a few Old El Paso items in our Pam Grocery store!

August was an amazing month, to say the least! Were re really at months 9 & 10? We had a truly exciting time in Arezzo. This small medieval town has touched our hearts. We visited Arezzo just for a day when we were staying in Florence. We knew we had to return for at least a month and scheduled August for further exploration.

One of the best perks about blogging is the people you meet along the way. Not sure how Susan and I connected but I think it was through Facebook. She liked and commented on a photo I posted and wanted some additional information on a tour as she and her husband were headed for Italy. After some comments back and forth we find out that we are all originally from New York and that they are currently living in Arizona too!

We decide to meet in Orvieto where they are staying. We’ve been to Orvieto on a day trip from Rome and had no problems returning to this charming town for another visit. We made the arrangements and Gary and I hopped on the train from Arezzo and headed to Orvieto where Susan and Ed greeted us in Piazza del Duomo. We all connected immediately and I knew we had new friends for life.

They prepared a lovely lunch for us and we spent the day enjoying some great food and even better company. It was wonderful to learn more about them. I’m not sure where seven hours passed but I looked at my watch and asked Gary, “When is the last train back to Arezzo?” We will never forget first meeting them in Italy, but we know we will reunite when we return to Arizona – – they are only about 30-minutes away!

The Giostra was the most amazing event to attend and our apartment was just around the block from the main piazza, Piazza Grande. This is where all the action was happening and we could hear them practicing the drums and horns from our living room. We also heard them for days setting up the grandstands! The event was held on Sunday, September 1st. We were supposed to leave that day for Verona but when we saw all the medieval costumes and hoopla, we just had to stay. Our apartment owners were so kind and advised it would not be a problem for another night. We purchased scarves to join in the celebration of our team (neighborhood), Porta Crucifera. We wore them all week long and participated in all the events.

The problem became when we realized we needed tickets to attend. We were having lunch at one of our favorite restaurants and Nicolo told us where to get them just under the portico and went immediately there. Tickets started at €30,00 and went to as much as €125,00.

When we entered we were told there were two tickets left! It was meant to be so we purchased our seats at €60,00 each. Then, of course, Gary had to change our train tickets from Arezzo to Verona for the next day which was done with success.

This medieval tradition was so amazing we will be doing a separate post on it shortly. We could not possibly cover highlights that would do this event justice. You will enjoy the photos — one of our videos of throwing the flag were seen and shared by almost 25,000 people on our social media accounts!

Arriving in Verona a day later than planned, we headed right to the Information Office to see what was happening during the next two months in Verona. We found out you can rent bicycles and immediately went online and registered. Verona is a pretty flat city and we have enjoyed getting back on a bicycle, as we did in Parma, to explore the city.

Gary thought that the opera season was over in Verona but we found out we arrived in time for the last week of performances! There were seats left at all the operas but we chose, La Traviata. Again, luck was on our side! We have been to operas in Parma and Rome but I have to say that sitting in Arena di Verona which is open, under the stars, was spectacular! It was an amazing performance and experience! We will do a separate post on this too as the stage settings were amazing.

We took a day trip by train to visit a nearby city, Padova. Funny because it is spelled with a “v” but all social media has it Americanized with a “u.” It was a much larger city than either of us thought and not as medieval as I like my Italian towns. We enjoyed a nice day exploring and visiting a few churches.

While in Arezzo, Gary researched his favorite football team, AC Milan, and when they would be playing at home. After all, we were headed up to Verona for two months and Milan is a short train ride. We find out that Hellas Verona is actually now in the same Serie A league as AC Milan and so we purchase tickets. We had never been to a soccer game in Italy and this was such a treat!

A little concerned as the tickets had to be mailed to a physical address, but our apartment owner let us use her address. but there were a few more concerns if we could actually attend. We will address these in an upcoming post about attending an event such as this in Italy. Needless to say, we did get in and enjoyed the evening. By the way, AC Milan won 1-0!

Trenitalia was having a half-price special from Verona to Innsbruck, Austria – – so we said, “Why not?” Not ever being in Austria we were excited! It was almost a four-hour trip but the scenery along the way was breathtaking. The Dolomites were simply amazing and taking the train through them, was unforgettable! Hindsight being what it is, we truly should have stayed a minimum of two days. We were just making this a quick getaway and stopping in Bolzano and Trento on the way home. But as I always say, leave something to return to.

As soon as we got off the train, we noticed a difference. Other than it being a little chilly, German was the main language spoken. We indulged in typical Tyrol food of the region and of course, beer! Our first trip before even checking out the town was taking the funicular and cable car up to the top of The Alps! I never thought in a million years I would visit here. Let me tell you, The Alps are majestic! We will be doing a separate post on this, Innsbruck itself, and our two northern Italian towns in the near future.

The town of Innsbruck was charming, especially the city center. The Baroque architecture of many buildings along with the Bavarian wood cut-out railings and flowers adorning every balcony was simply beautiful. We enjoyed exploring this town briefly and both decided we need to return.

Back in Italy, our next overnight stay was in Bolzano. Although in Italy, Bolzano was once part of the Austro-Hungarian Empire and was annexed to Italy in 1919. There is a great deal of German influence in this town and is mainly the language we heard spoken. Again, arriving by train and staying only one night, we quickly tried to see as much of the town as we could. It is a pretty small town so we were able to cover the historic center easily. We took a beautiful walk along the Adige River (Talvera) to get to one of the castles but never made it. Yup… will return!

This beautiful town was definitely more Italian. Little Austrian influence could be found in the architecture. The city center was fun to explore and we did find a great restaurant for a meat and cheese board that was out of this world – and a huge pretzel! We enjoyed all this with a typical dish, tortello. These were the best potato pancakes we ever had. We enjoyed them with the suggested Kronen beer. By the way, I ordered a medium size while Gary ordered a liter! The waiter shook Gary’s hand and said he was impressed!

Right across the street from our B&B was Castello del Buonconsiglio. We were able to go through the castle and see some amazing artifacts, frescoes, and paintings. This place had it all. We could have stayed a lot longer but had to catch the train back to Verona. 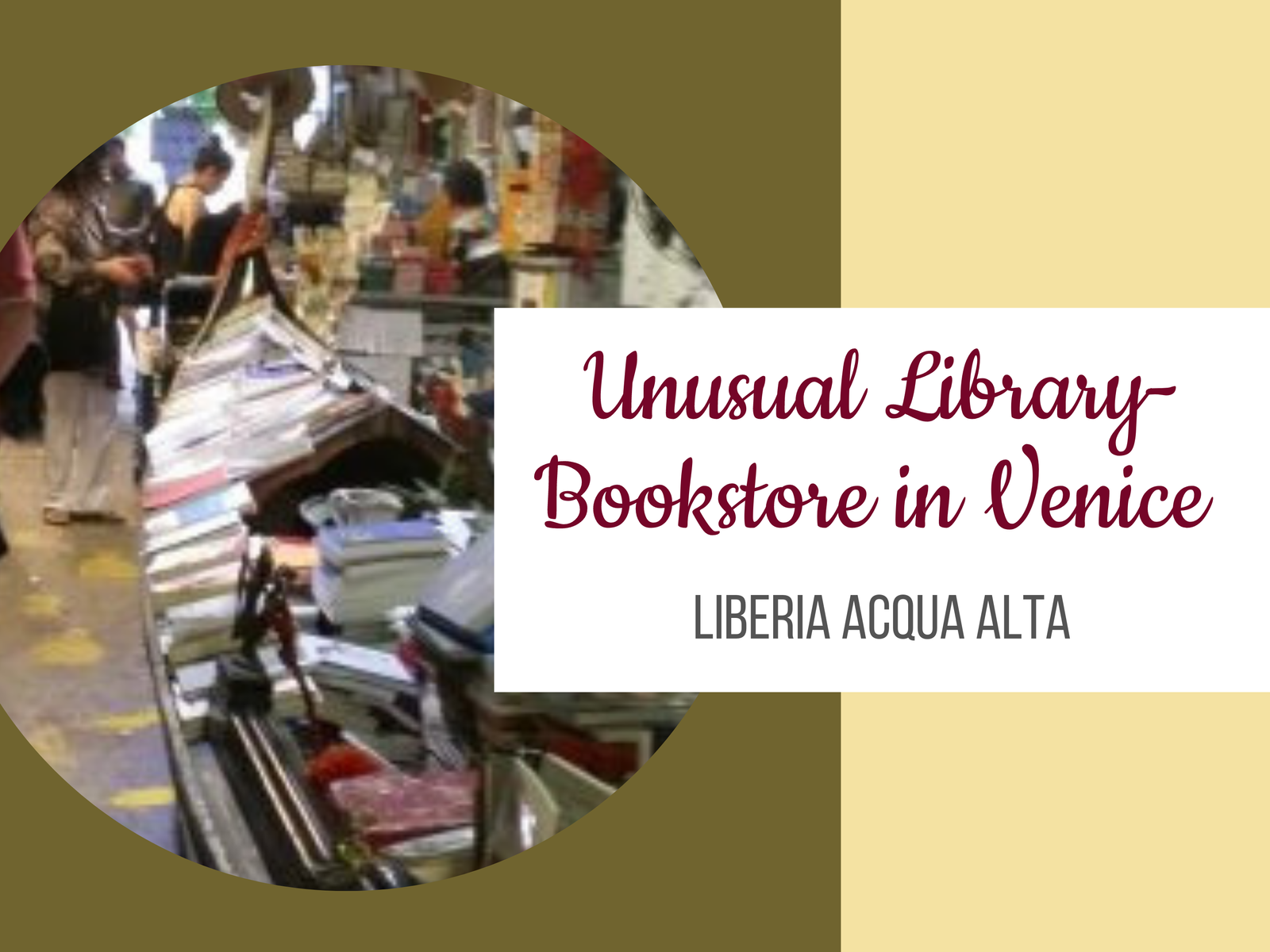 Unusual Library-Bookstore in Venice | Worth a Visit 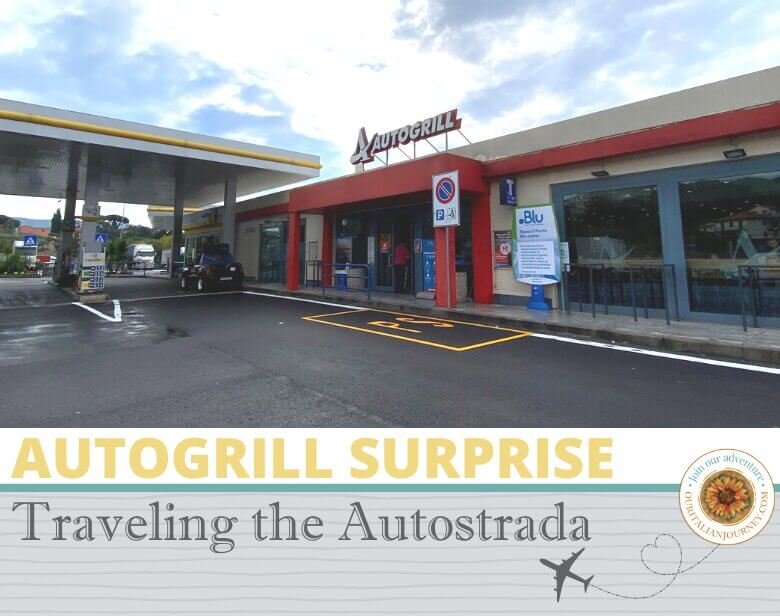 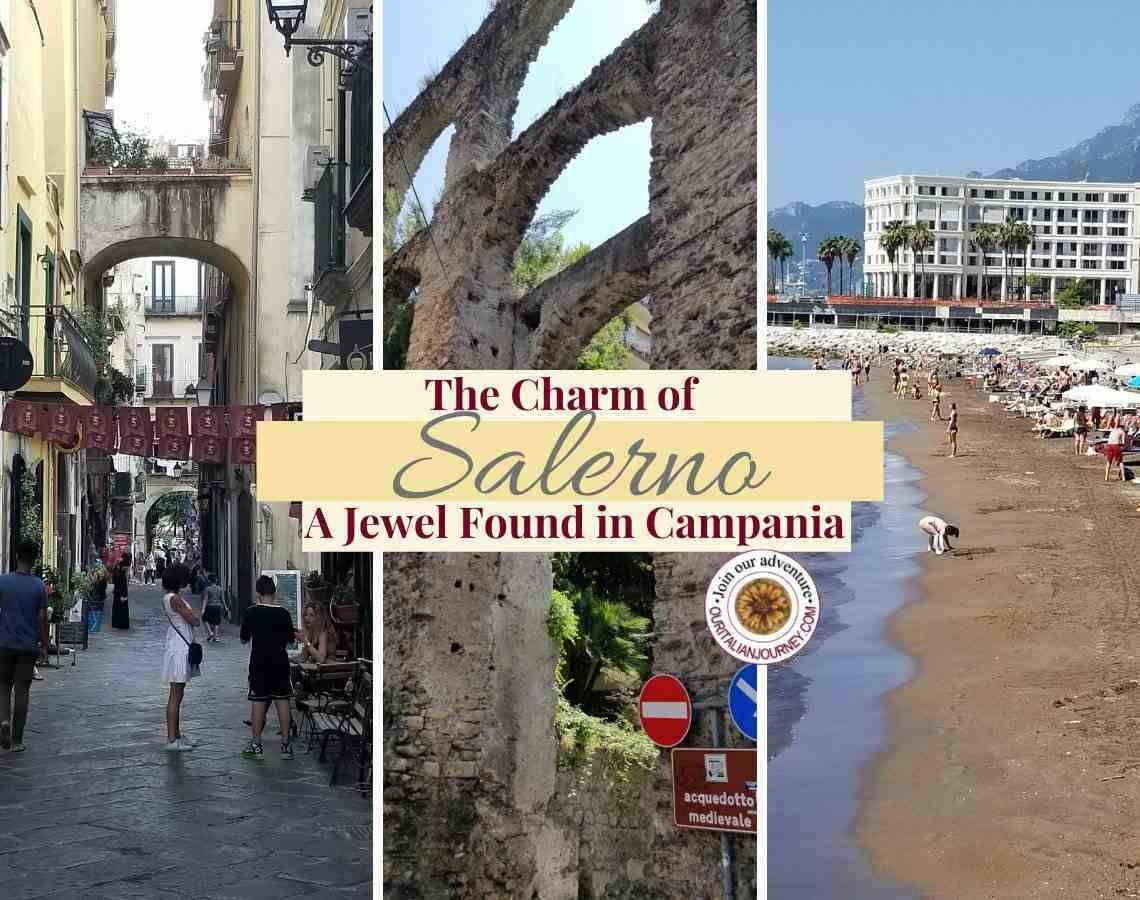 The Charm of Salerno, A Jewel Found in Campania