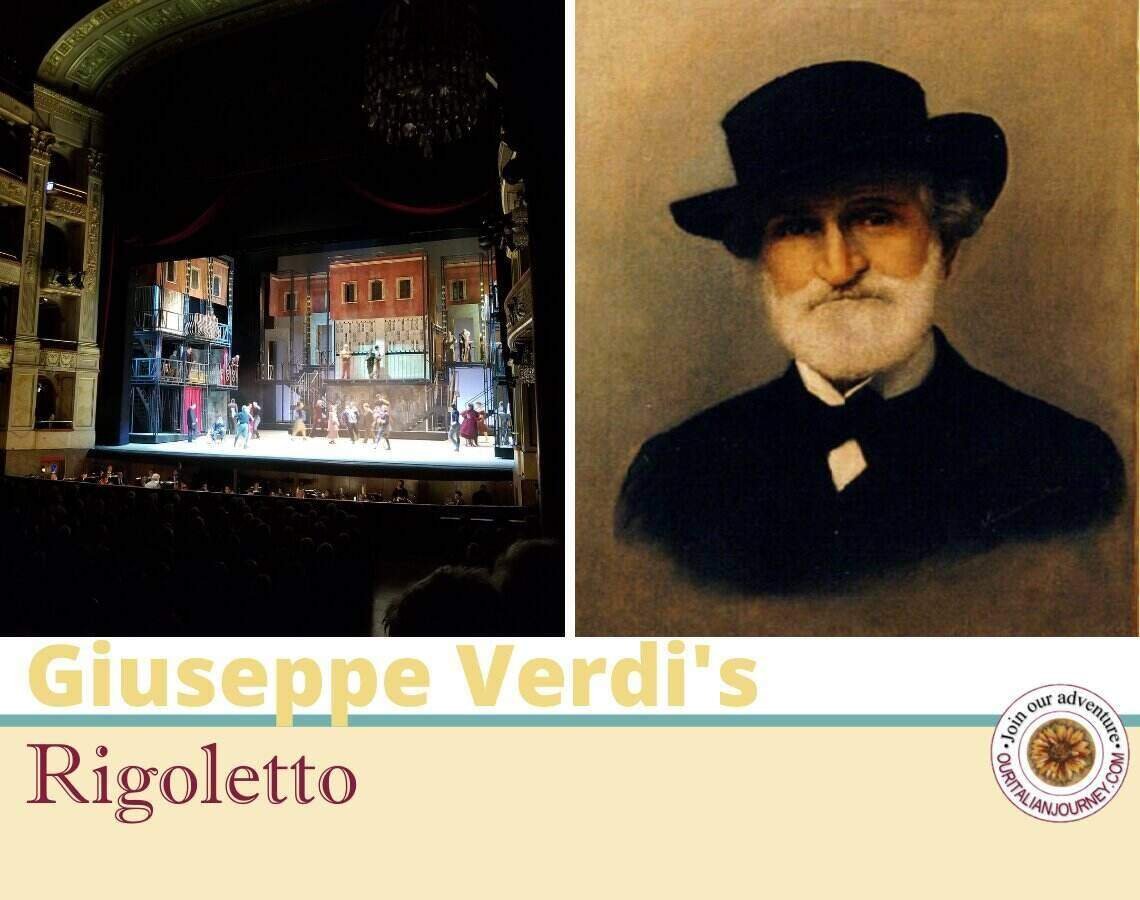 Probably Verdi’s greatest masterpiece, Rigoletto, was premiered in Venice in 1851. This opera has three acts and was based on a play by Victor Hugo, and written by Francesco Maria Piave.

What is The Story of Rigoletto?

Rigoletto follows the Duke to a tavern where he drinks and flirts with the Maddalena – the assassin Sparafucile’s seductive sister. Gilda watches her unfaithful lover and is heartbroken. Rigoletto sends her home to Verona, disguising her first as a man for her safety.

What Does “Rigoletto” Mean?

Rigoletto is an opera in three acts by Giuseppe Verdi. … It is considered by many to be the first of the operatic masterpieces of Verdi’s middle-to-late career. Its tragic story revolves around the licentious Duke of Mantua, his hunch-backed court jester Rigoletto, and Rigoletto’s beautiful daughter Gilda.

Is This Opera a Tragedy?

Rigoletto is an opera in three acts by Giuseppe Verdi. Its tragic story revolves around the licentious Duke of Mantua, his hunch-backed court jester Rigoletto, and Rigoletto’s daughter Gilda.

What is The Setting for Rigoletto?

This opera takes place in northern Italy during the 16th century in the town of Mantua. One of the most exciting and gritty operas, Rigoletto is not for the faint-hearted. The censors of the time had issues with Rigoletto’s content. It is set in the foul world of the Duke of Mantua, a man with few morals and a great deal of power. The end is quite sad – you know I cried. It’s an opera with extremes with the dismal palace home of the Duke – contrasted by the tranquility of Gilda, Rigoletto’s daughter.

Probably the most recognized aria from this opera is “La donna è mobile.” Here is Pavarotti singing it. I’m sure you know it… I’d bet a euro on it!

Find your next perfect place in Roma to stay:

Verdi was born October 9, 1813, near Busseto, close to Parma, Italy. In January 1901, while staying in Milan, Verdi suffered a stroke and died a few days later. Arturo Toscanini conducted the vast forces of combined orchestras and choirs composed of musicians from throughout Italy at his funeral service in Milan. To date, it remains the largest public assembly of any event in the history of Italy with approximately 300,000 in attendance.

I adore art… when I am alone with my notes, my heart pounds and the tears stream from my eyes, and my emotion and my joys are too much to bear.

In Case You Missed…

Unusual Library-Bookstore in Venice | Worth a Visit

Top 13+ Things to do When Visiting Venice

My Obsession – All Made From Wood