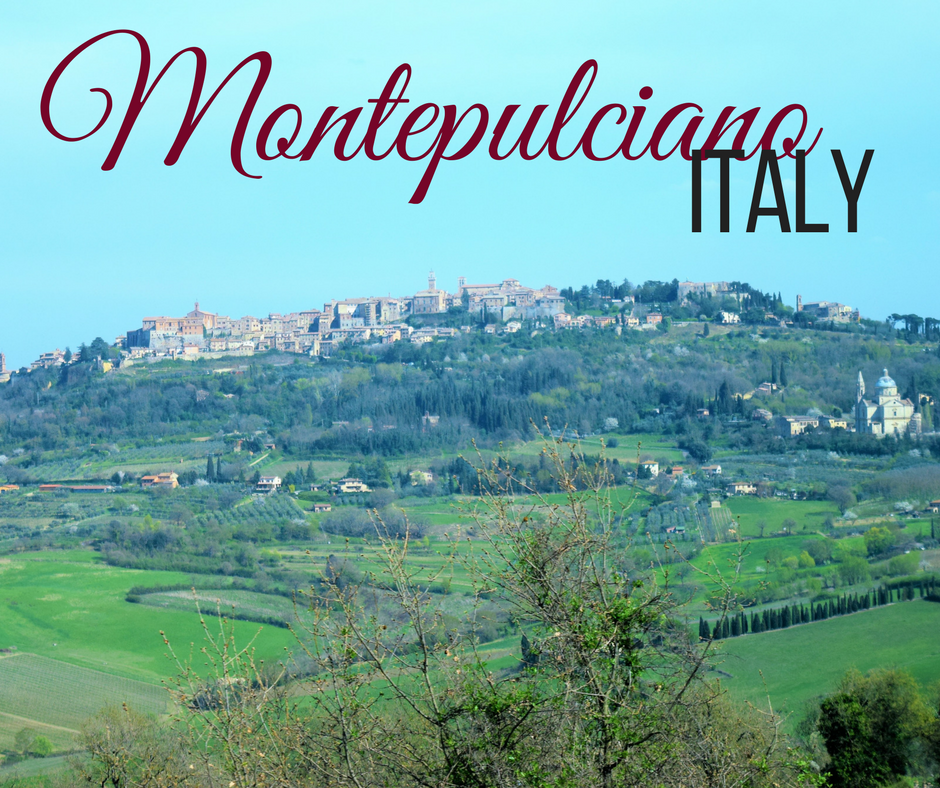 When we approached Montepulciano I felt a bit of excitement. It is in fact, one of our favorite places for wine. Thanks to one of our readers Pamela, she corrected me and informed me by Facebook messenger after reading our post that Vino Nobile wine is a made from a Sangiovese clone grape called Prugnolo Gentile. She is absolutely correct and I would assume since she lives there she would know but I still wanted to check!  (Thank you Pamela!!) We love the Sangiovese grape! The small streets are filled with shops of this famous wine, cheese, and ceramics. I love the trinkets and stands filled with aprons and dish towels. Dish towels are one of my favorite things to purchase in Italy because they are large, linen-free, and great for when I bake bread or when we make fresh pasta to lay on the counter, dust with flour and put the fresh pasta on.

Montepulciano is a beautiful city located in the region of Tuscany in the Province of Siena. It is approximately 64 square miles in size at an elevation of about 2,000 feet. The year-round population is approximately 14,500 people. It is another beautiful hill town of Italy and is considered a medieval and Renaissance town.

of an affiliate sale without any cost to you. Thank you for your support!

What is the Town Known For?

The town is renowned for its pork, cheese, pici pasta, lentils, honey, and its Vino Nobile wine.

Pici are thick, hand-rolled pasta, like fat spaghetti. It originated in the Montalcino area it is also referred to as pinci. The dough is typically made from flour and water only.

Here is a view of the main piazza. You have to climb a pretty steep hill to get to it!

The church (pictured above) and the town building complete the piazza

Legend says it was founded by the Etruscans around the 3rd to 4th century BC. With the fall of the Roman Empire, it became a religious center under the rule of The Lombards. In the 12th century, it came under constant attack by the Republic of Siena which it was able to fend off with the help of Perugia, Orvieto and Florence.

Montepulciano always stayed loyal to Florence and became a possession of Florence until the mid-16th century. When Florence conquered Siena in 1559, Montepulciano lost most of its strategic rule and its importance began to decline. From 1609 to 1636 Montepulciano was under the rule of the Medici Family. It was during this period that many of the churches and religious builders were built.

Do you know someone headed to Tuscany?

A Stroll Through Town

Here is a view of some of the streets and ally-ways. Here are also a few doors which is my love and passion to photograph. You can see many other posts with just pictures of wooden doors.

As we walked, the small nooks and crannies that lead from one street up or down to another is such a treat. Yes it requires climbing but the little shortcut paths are quaint and full of fun. You don’t know when exploring exactly where you will emerge but it’s fun to guess.

We loved this town. it truly has such charm and exactly what you would expect in the Tuscan region. I caught a little cat stretching in the picture to the right below. We spent about 10-minutes watching him chase a small rodent and then gave up and stretched. It was cheap entertainment for the day!

Ally-way from one street down to another Each year a barrel race through the city is held on the last Sunday of August. It is called The Bravio delle Botti and it has been held since the 14th century. You can find more information by clicking here at one of my favorite sites, Discover Tuscany: http://bit.ly/2onhhWf

We went to a wine tasting while we were in Montepulciano. It was down in a cave under the street. The wine was very good but we stumbled upon them cleaning the barrels. All of a sudden I see a blue hand! I didn’t know they scrape the inside of the barrel to clean them for the next use. Not a job I would want being a little claustrophobic!

If you are looking for inspiration on places to travel or want to know more about a country you are about to visit, check out our link  Click for best selection of books on TRAVEL

11 of the Best Foods of Italy 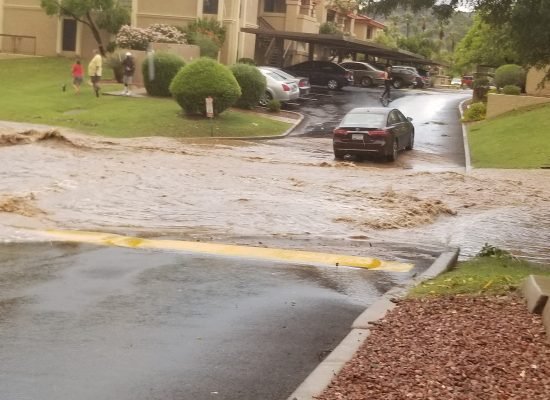 Looking back at some photos. Love this one from In

One of my favorite photos I took in Rome, Italy. T

Views from the Rock of Cashel in Ireland of the be

A view of the countryside from the back of Rock of

The beautiful Rock of Cashel in Ireland⁠ ⁠ ⁠

Our latest post gives you the heads up for traveli

Rock of Cashel in Ireland is a beautiful well-pres