Biggest Sundial in the World

The biggest sundial in the world is located inside the church of San Petronio in Piazza Maggiore, Bologna. Piazza Maggiore is in the center of Bologna and is dominated by the massive unfinished Basilica of San Petronio, the male patron saint of Bologna. It’s the tenth biggest and the largest brick gothic style church in the world. Construction commenced in 1388 and ground to a halt sometime in the 16th century.

Look up at the sun-like symbol found more than 27-meters high in the ceiling of the left nave of the Basilica (photo below). The hole allows midday sunlight to shine through the small camera-like hole, down onto the meridian line running the entire length of the floor.

The sundial accurately tells noontime every day of the year but it can also suggest what day of the year it is in the Gregorian calendar. It is pretty accurate, give, or take about 10-minutes. Most noteworthy, it is said that during the middle ages, it was used by the Vatican to determine the date for Easter Sunday.

During different times of the year, the sun, of course, is at various heights and the circle of light appears at different places and sizes along the line. While during wintertime, the beam of light can be found closer to the front of the Basilica yet during summertime, it is projected almost directly below the hole in the ceiling.

The length of the Bologna meridian line is the longest internal functioning one in the world.  The sundial is 67 meters in length (about 220 feet) and used for the study of sun revolutions.

The meridian line was created in 1655 by the astronomer Gian Domenico Cassini who was a teacher of  Astronomy at Bologna University. In 1776, it was rebuilt by Eustachio Zanotti to probably ensure accuracy. As a result, accuracy has only diminished slightly due to the Basilica foundation settling and changes in the earth’s orbit.

Any meridian line must run exactly north and south. Most churches are aligned in the opposite direction (east and west) but this Basilica luckily is aligned correctly. It is amazing to me that the meridian line was achievable and avoids the Basilica’s many columns!

Unfortunately, we did not visit the Basilica during the noon-day to witness the beam of light. As I always say, “Something to return to see.” As a result, we will be returning to the Basilica one day and the biggest sundial in the world! However, it was quite awesome to stand on the meridian line. Yup… those are my black flats in the photo above.

If you are in Bologna, visiting this Basilica and the biggest sundial in the world is a must. You can find the church at Piazza Galvani, 5, 40124 Bologna, Italy. They are open from 9-12 pm and from 3-6 pm but check before you go as changes are made frequently.

Editor’s Note:  This article was originally published in January 2017 and was updated in May 2020 for additional information and accuracy. 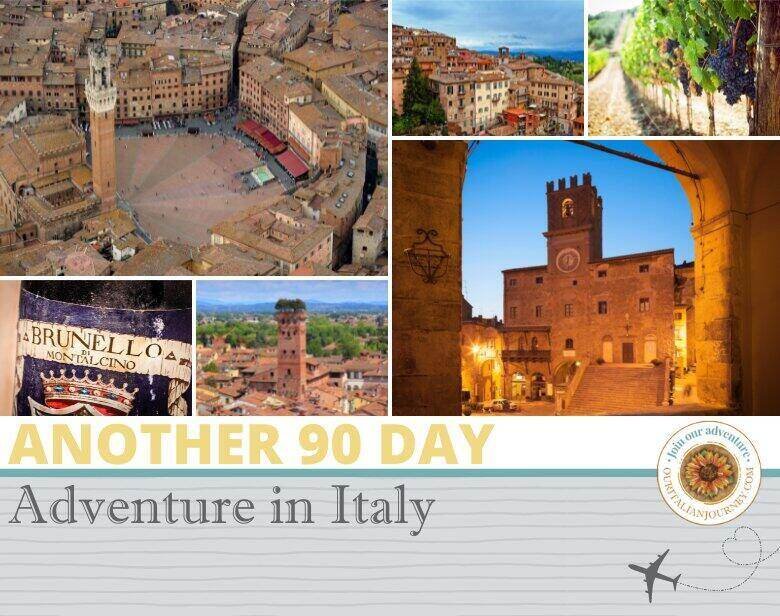 Another 90-Day Adventure Highlights in Italy