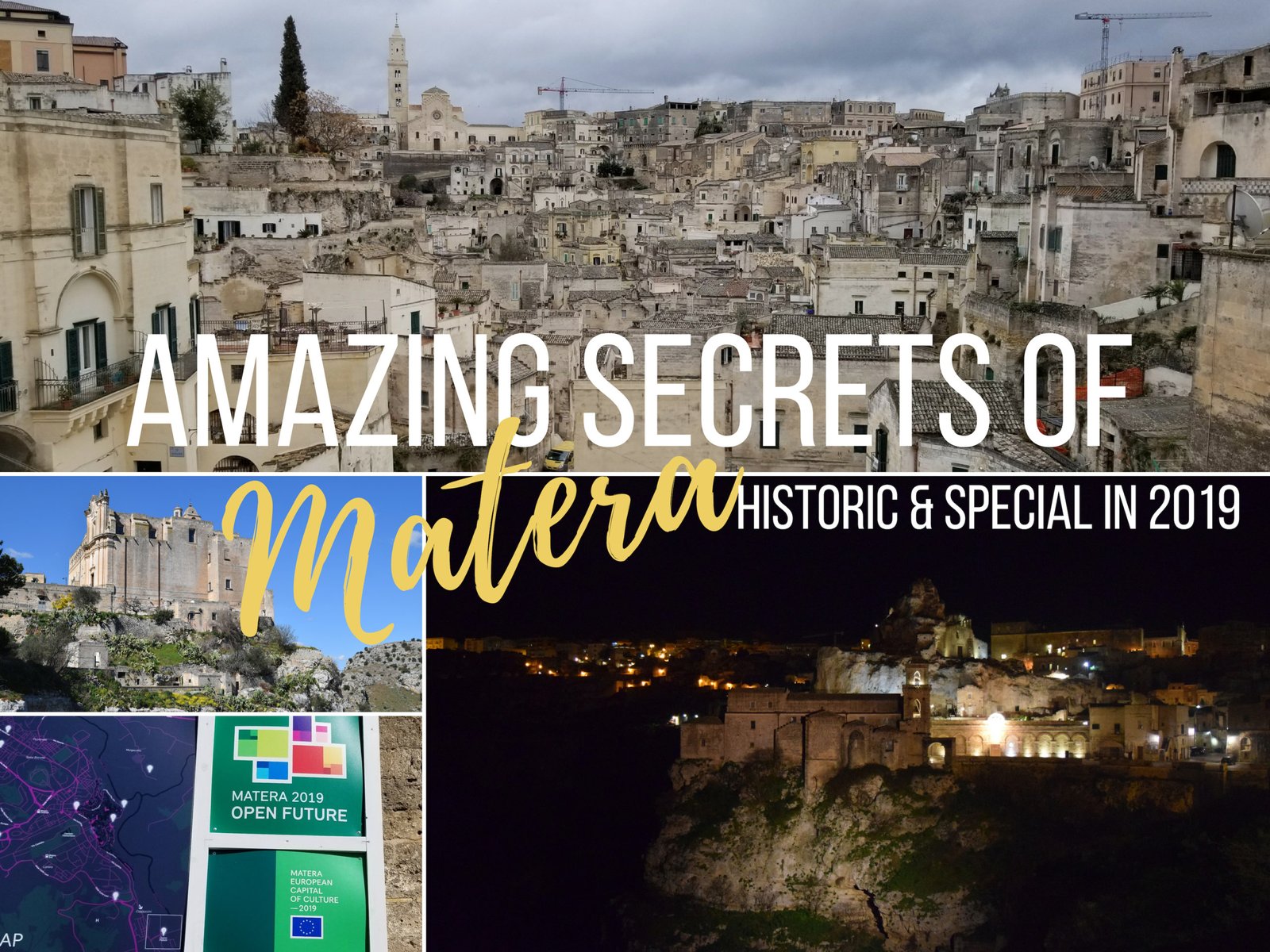 Matera is located in the Basilicata region of Italy. Long ago, people lived in prehistoric caves which were once denounced as a “national shame.” Families were living in them without plumbing or electricity, and with filth and disease into the 1950s. The Sassi (divided into Sasso Caveoso and Sasso Barisano) has some of the oldest inhabited settlements in the world. In fact, archeologists have found artifacts in the caves dating back to the Neolithic period and even earlier.

We booked a tour on Trip Advisor because we knew we would never really understand the full history of Matera without one. This tour was reasonably priced and our two tour guides were fantastic! We were booked as a group but were the only ones so it became a private tour – €25 each! You can check out Renato Favilli’s Group Information at Discovering Matera

First of all, our guide Sara told us about her grandparents living in the caves. She informed us the animals lived in the back part of the cave and the families toward the front by the entrance. Most noteworthy, the reason for the little window above the door was so the parents, especially the father could see if the sun was rising. Therefore, he could let out the animals and begin the day. Furthermore, the people basically lived outside their cave in a vicinato or courtyard/piazza. It was a community where everyone knew everybody and helped each other with food and farming.

When we arrived at this street, Via B Buozzi, Sara took out a copy of an old photo. She showed us how the street was being dug for sewage long ago and if you look, you can see we were standing in the same spot! You can see by the shape on the top of the one building. Amazing!

The extent of the horrible conditions in The Sassi only came to international attention when the writer, Carlo Levi published his memoir Christ Stripped at Eboli. In 1950, The Italian Prime Minister, Alcide De Gasperi, one of the EU’s founding fathers, visited this town and was shocked by what he saw. As a result, within the next few years, he forcibly relocated the entire population of about 15,000 people, mostly farmers, shepherds, and peasants. He made the residents move into newly built housing and Sassi was emptied and not accessible from 1950-1993. Most of these caves were purchased by the government and they were forced to put up gates to keep the residents from sneaking back in.

Matera is known for its cisterns which are a system of collecting rainwater. These are found throughout the Sassi. The largest cistern called “Palombaro” has been found under Piazza Vittorio Veneto. With pillars in the rock and a height of more than fifteen meters, it is actually navigable by boat. Like other cisterns in the town, it collected rainwater that was filtrated and flowed in a controlled way to the Sassi.

Matera is popular with both Italian and international directors. More than 50 films and TV productions were filmed here because of its unique landscape. Some include Pier Paolo Pasolini’s The Gospel According to St Matthew, Mel Gibson’s The Passion of the Christ (which was partly filmed here in 2003), and Patty Jenkins Wonder Woman, just to name a few.

Over the years, Bond movies have been filmed in numerous Italian locations including Rome, Siena, and Venice as well as Lake Como and Sardinia. The new upcoming Bond movie will have scenes going through the historic center of Matera and entering The Sassi.

As part of the 2019 European Capital of Culture celebration, Matera has an exhibit of Salvador Dali. Some of the works, such as the monumental sculptures of the Space Elephant, the Surrealist Plan, and the Dance of Time II, are visible in the streets of the historical center. We only found two of the three when exploring Matera. As an artist, Salvador Dali was not limited to a particular style or media. He worked in all media, leaving behind a wealth of oils, drawings, watercolors, and sculptures.

The Sassi became a UNESCO world heritage site in 1993 and as a result, is now undergoing a complex restoration and renovation. Matera has seen visitor numbers increase in the past decade, and will continue now after being named Europe’s Capital of Culture for 2019. Matera won this title over 20 Italian city contenders.

If you would like to read more, here is an amazing article by the Smithsonian.com from 2014 Matera Article

The magic of lights brings back to mind the old Southern Italy traditions and rituals of illumination festive moments. Matera’s Lumen Social Light is a project by designer Giovanna Bellini about light and is divided into two parts: one dedicated to the production of the artwork and the other aimed at involving Enel and the citizens from Matera.

You can see these lights throughout the city and the citizens are not sure if they will stay just for 2019 or indefinitely.

We highly recommend this hotel if you want a cave setting and fantastic service! 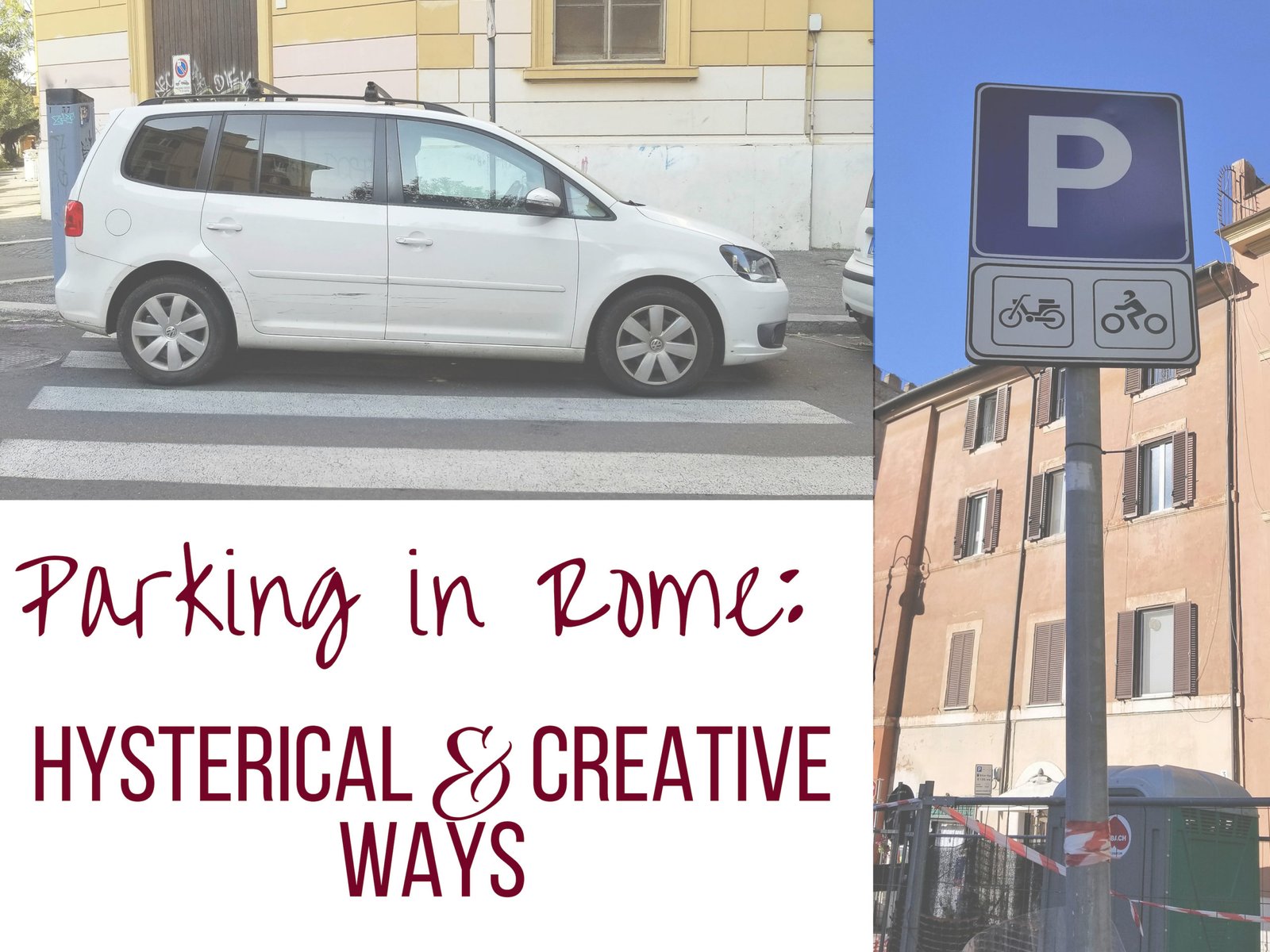 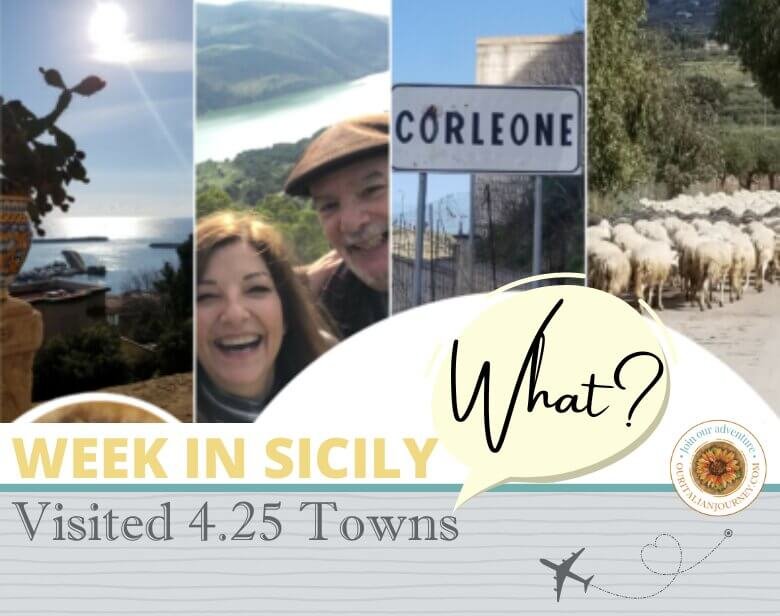 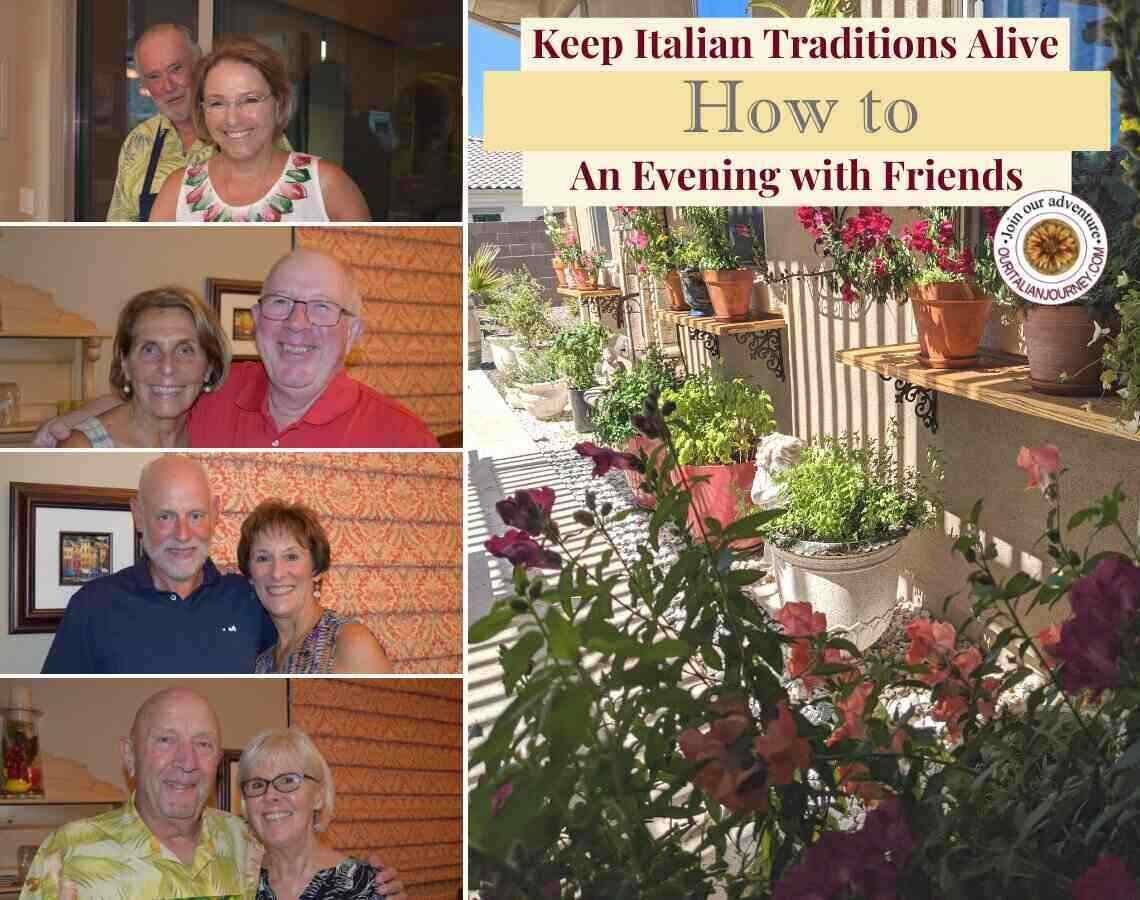 How to Keep Italian Traditions Alive | Evening with Friends