Blarney Castle & Gardens | History & What you Need to Know

To get you in the spirit for St. Patrick’s Day!

A visit to the Blarney Castle in Ireland came after being in Italy for one year in 2019. Gary and I stopped in Dublin on the way back to the States meeting our youngest daughter, Ally and her boyfriend Brett for six days during Thanksgiving. I must say that Ireland wasn’t high on my bucket list but now that we went – I’m so glad we did. Not visiting Ireland would have been a mistake.

The Town of Cork

There is so much to do in Cork, Ireland, which is where the castle, gardens, and of course the Blarney Stone is located. The town itself is so quaint and there is plenty of shopping available along the main street. The castle isn’t far from this main part of town. What I think I liked the most about Ireland was the pub scene. The restaurants have a different atmosphere than what we are used to in Italy. Plus, I have to say I very much enjoyed listing to Irish folk music. 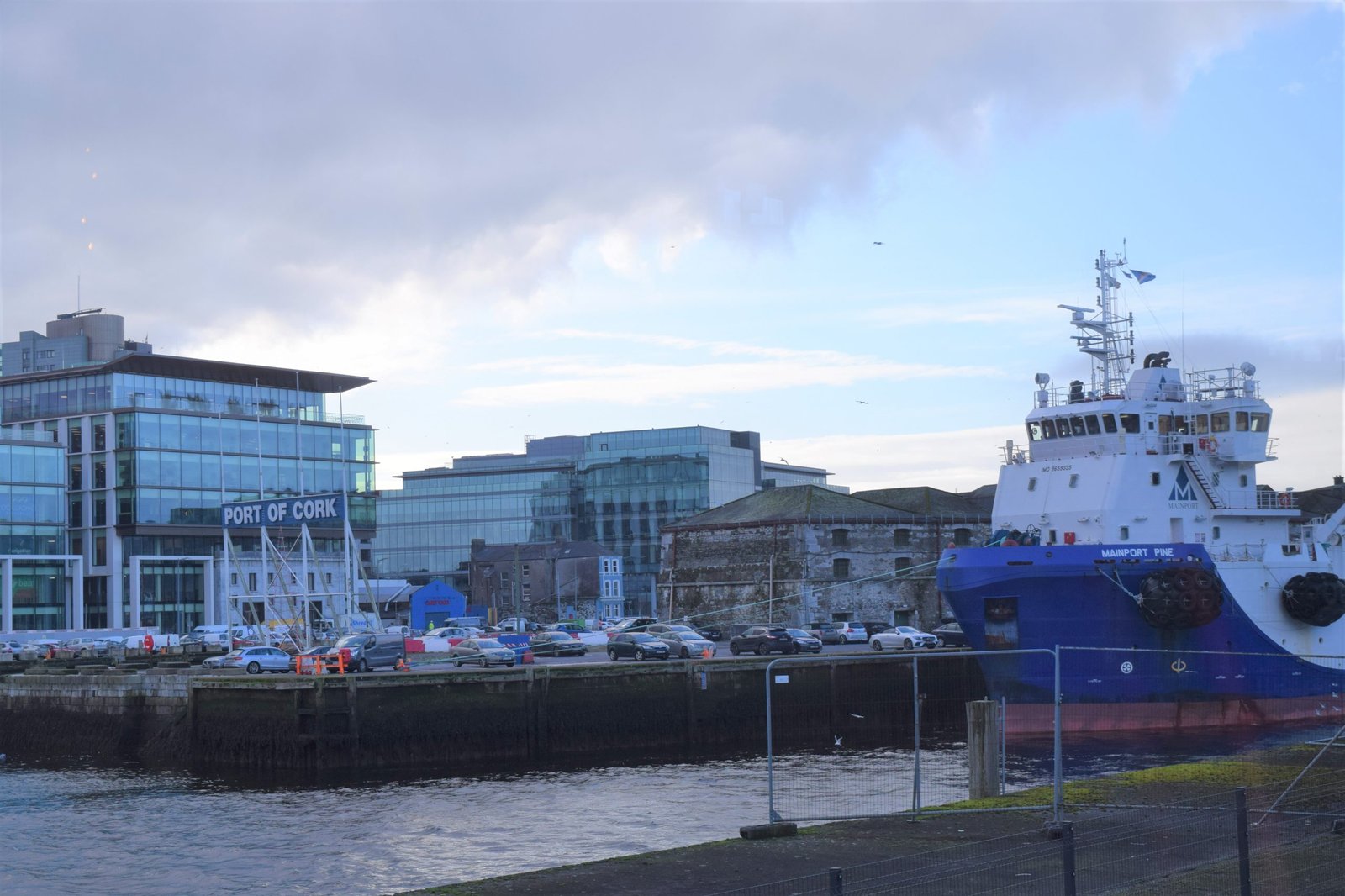 From the top of the Castle, you can take in the amazing views of over 60 acres of sprawling parklands. Blarney Castle is the third structure to have been erected on this site. Back in the tenth century, there was a wooden hunting lodge here. Around 1210, this lodge was replaced by a stone structure that was demolished for foundations of the third castle built by Dermot MacCarthy in 1446. It’s the tower house or fortress residence of this structure that we know today as Blarney Castle. 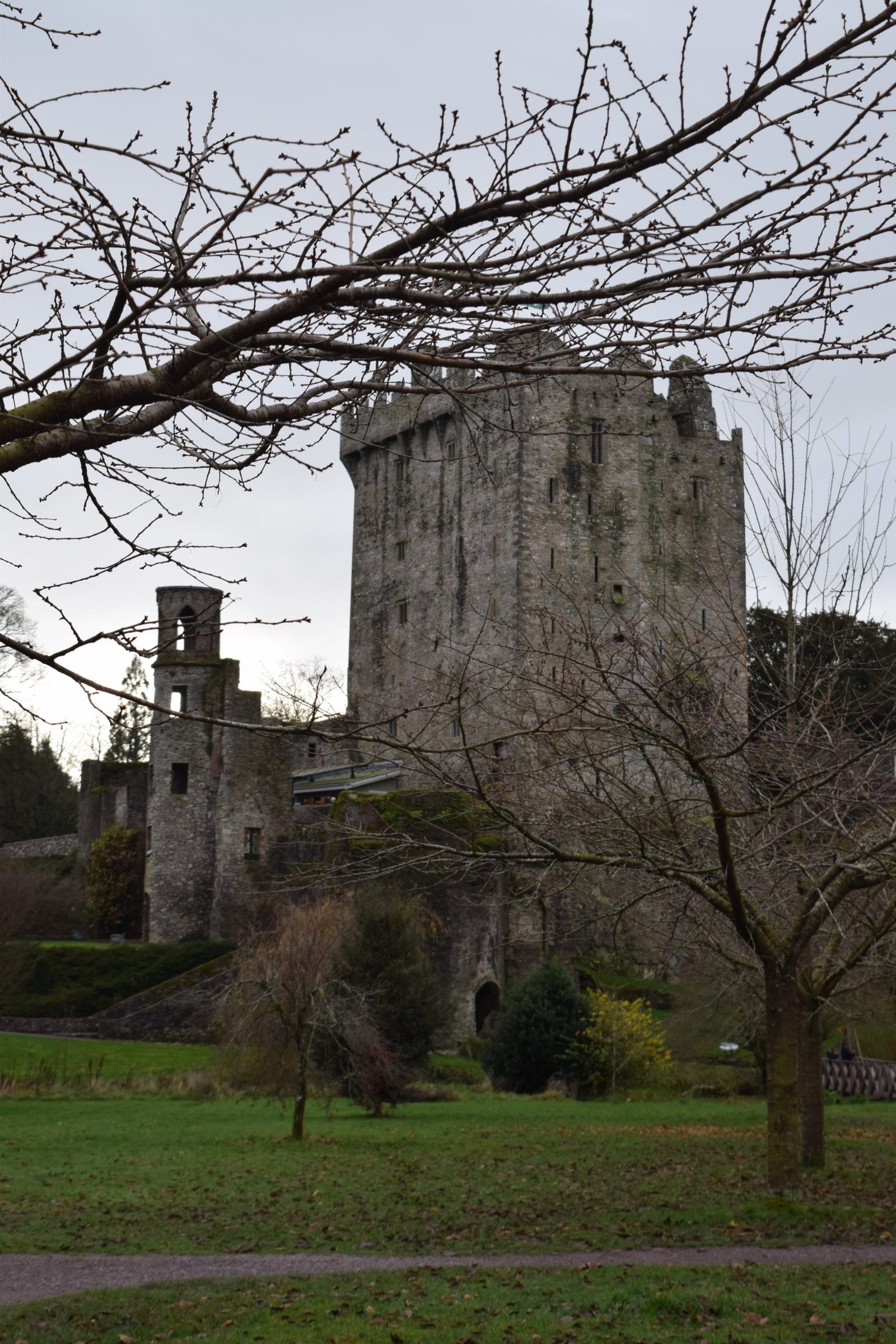 The Various Gardens on the Property

There are several gardens on this property and they change with the seasons. Carpets of bulbs through the grounds create a vibrant spring show. In summer, the hundreds of rose beds are in bloom and provide a splendid display of color. We were there in Autumn and the trees were presenting a beautiful show of color. They say that winter is pretty too but seeing it for ourself, I think every visit would never be the same.

The Rock Close and Water Garden is a mystical place and it is said to be on the site of an ancient druidic settlement. The path takes you to two flowing waterfalls. We didn’t get to see this but I understand that visitors often make reference to the Lord of the Rings when visiting here.

The Poison Garden is hidden behind the Castle and is an educational collection of poisonous plants from around the world. These actually include ones from Harry Potter like the Wolfsbane and the Mandrake! All plants here have signage indicating their toxicity additional information about them.

In the heart of the Castle gardens lies the magnificent Fern Garden. A waterfall cascades dramatically down one side adding to the beauty of this garden.

Walking through the gardens, we came across this house that looked like it came right out of a Harry Potter movie! It is just steps from the Castle and dates back to 1874 and has been restored to its former glory. We were not able to enter as it is only open during the summer. Blarney House is a Scottish Baronial mansion and was designed by John Lanyon. Today Blarney House is the home of Sir Charles Colthurst who has expanded and enhanced the gardens and maintains the estate in an exemplary manner. 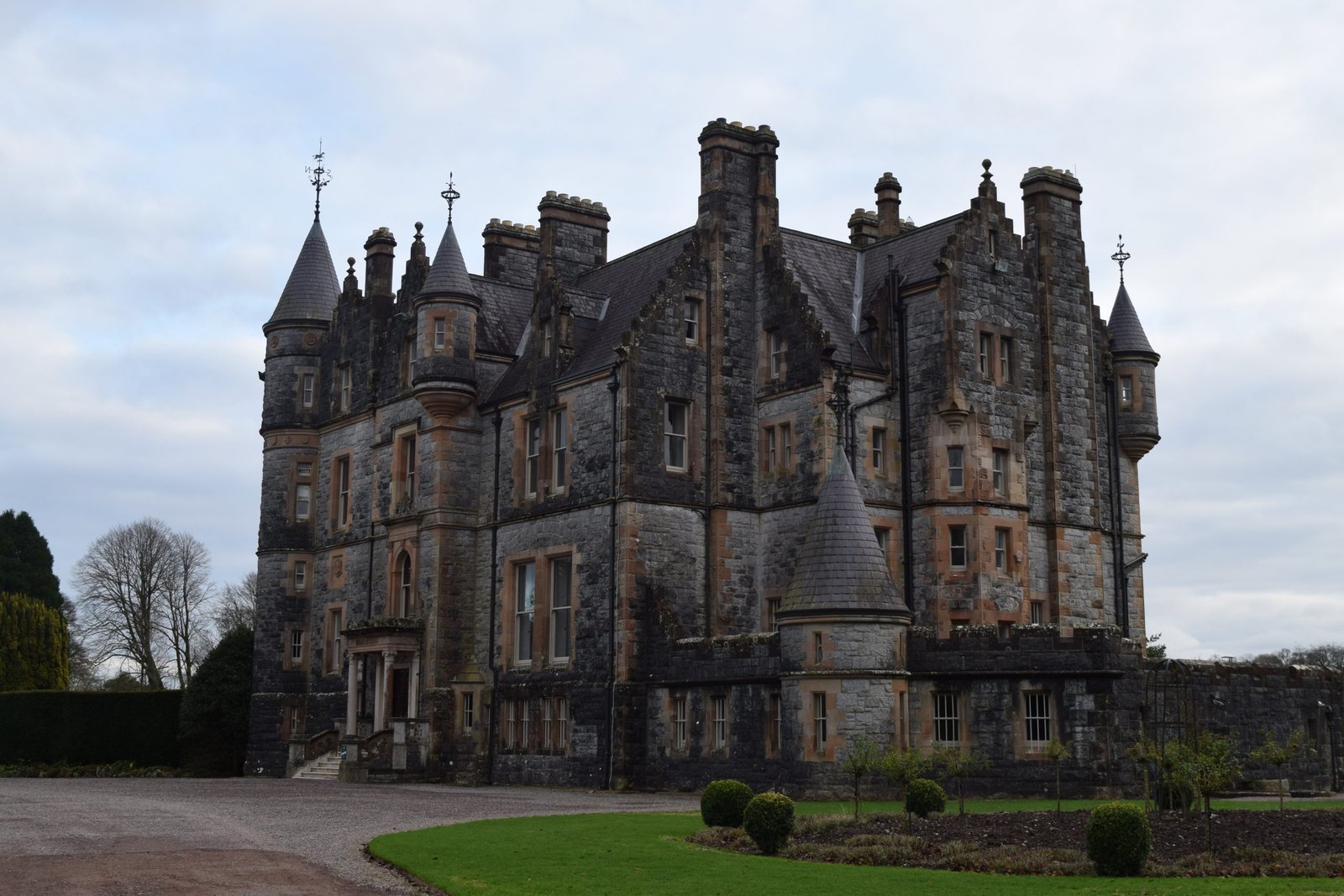 For over 200 years, literary giants, world statesmen, and members of Hollywood have joined the millions of pilgrims climbing the steps to kiss the Blarney Stone and gain the gift of eloquence or endows the kisser with the gift of the gab. The Blarney Stone is a block of Carboniferous limestone built into the tower of Blarney Castle in 1446. Funny how the powers of this stone are unquestioned but its story still creates much debate! 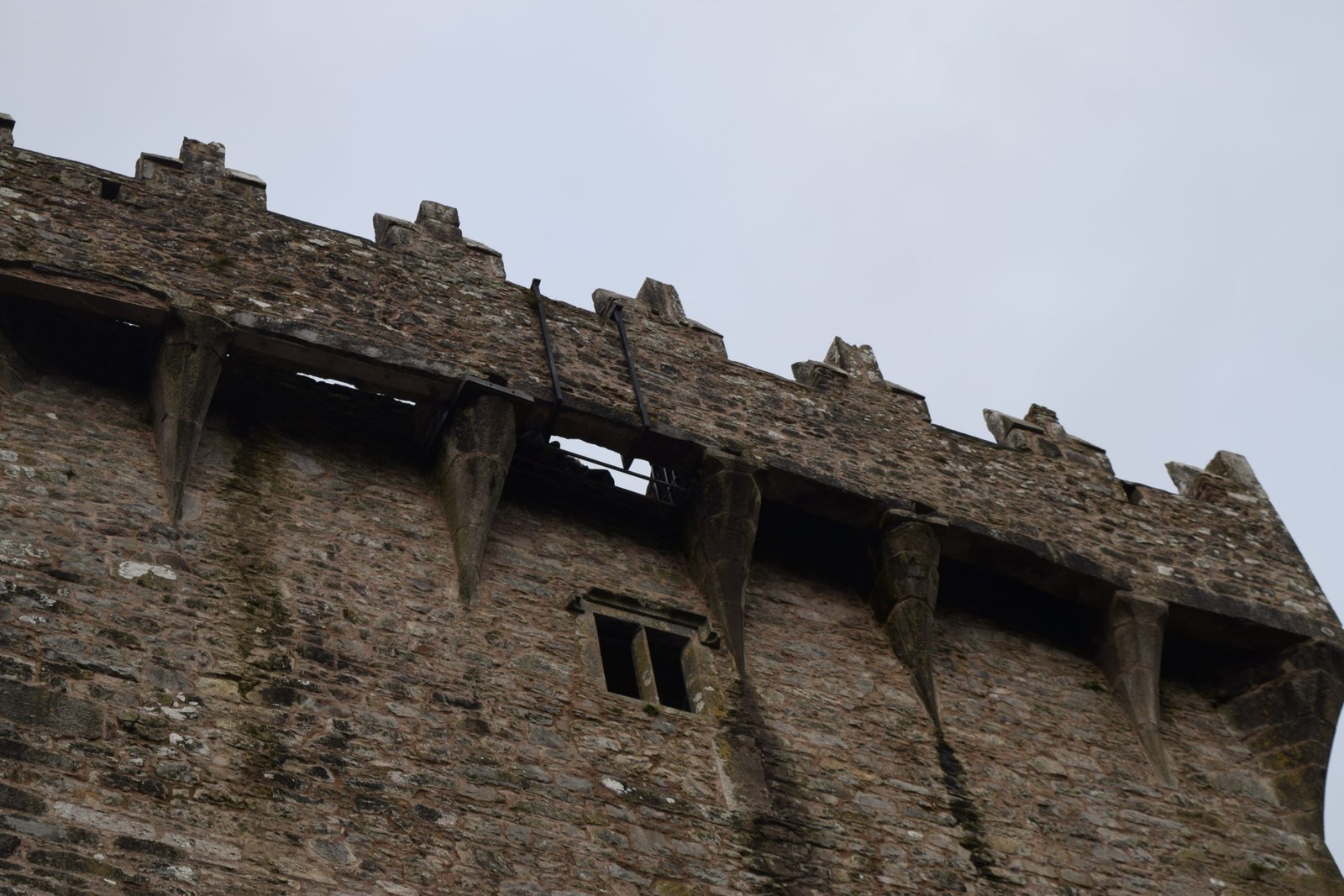 The Blarney Stone is located at the bottom of this opening.


Some say it was Jacob’s pillow, brought to Ireland by the prophet Jeremiah. Used as a throne of Irish kings, legend says it was then removed to mainland Scotland where it served as the prophetic power of royal succession as the Stone of Destiny. When Cormac MacCarthy, King of Munster, sent 4,000 men to support Robert the Bruce in his defeat of the English at Bannockburn in 1314, the stone was split in half and sent to Blarney. Years later, a witch saved from drowning revealed its powers to the MacCarthys.

There is a stone there, that whoever kisses, Oh! He never misses to grow eloquent.

Needless to say, we had just enjoyed lunch back in town and I just couldn’t see myself laying down and bending over backward to kiss the stone. Our daughter was sick and didn’t make the trip but Gary and Brett took the opportunity to kiss the stone. Frankly, I didn’t think I really needed to increase my abilities in the gift of gab!

The line waiting to kiss the stone!

We heard that during high season, the line can be very long to wait to kiss the stone. Luckily, we were there in November and there were only a few people on line and touring the Castle. Some of the steps are steep and narrow to get to the tower and if you have problems climbing, this might not be for you. The grounds are simply beautiful and you should leave plenty of time to visit everything. There are some terrific shops across the street in a nearby parking lot. If you are considering visiting Cork, Ireland- you really should make this a destination stop! It is open year-round.

This easy recipe is great for lunch or a light din

Took down the ugly motorhome mirror and replaced i

An invitation from us to you... please check out a

A twist for today...my obsession with doors brings

This program is amazing and only $27 - one time, n

This program is amazing and only $27 - one time, n