How To Visit the Austrian Alps from Innsbruck 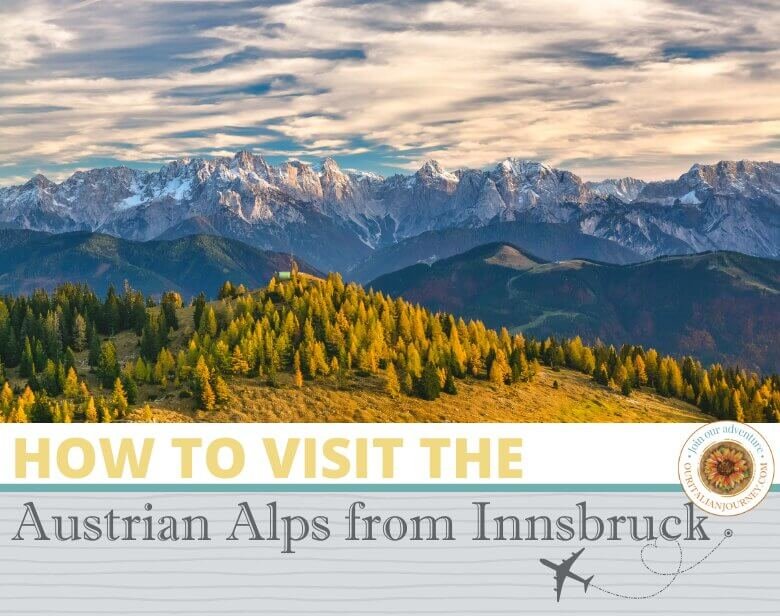 Nordkette – Jewel of the Alps

We’ve all seen pictures of the Austrian Alps whether it be in magazines, books, television Wide World of Sports, Olympics, etc. Even James Bond went to the Alps! So I have to say we really didn’t see the Alps. What we saw were flat non-dimensional pictures of one of the most beautiful regions I’ve ever seen.

Like most of us, I thought the pictures we’ve seen were beautiful, inspiring and magnificent. Well, pictures don’t do the Alps justice. Without a doubt, they are the most beautiful mountains you can see in all of Europe. Magnificent, inspiring and beautiful take on a whole new meaning upfront and personal.

The Alps run from France to Spain, Italy, Austria, Switzerland, Liechtenstein, Germany and Slovenia. They are span 745 miles and are 186 miles in width. There are 350 peaks at a height of approximately 9,840 feet. The highest point is Mont Blanc located in Switzerland standing tall at 4,810 meters/15,780 feet high.

The part of the Alps we visited by cable car was in Innsbruck, Austria and is called the Southern Tyrolian Alps. We also stopped in Bolzano and Trento, Italy and the Alps there known as the Dolomites. The highest point in Italy is the Ortler Peak at 12,810 feet. A post coming soon on both of these Italian towns.

We started our trip from our home base in Verona, Italy. We were lucky and took advantage of a special price Trenitalia was running and our tickets were only €29,90 to get to Innsbruck. The train is a straight shot to Austria from Verona following the Adige River most of the way.

Now we’ve been on a lot of trains in Italy this year but I have to say without a doubt none were as pretty and relaxing as this trip. We rode through some of the most beautiful scenery you will ever see. The route goes through the Italian Dolomites and its beautiful valleys and towns. The trip takes about three hours and it will leave you wanting more.

In Innsbruck, to get to the top of Mount Hafelekar which is 2,256 meters (7,400 feet) high you have to take a few different stages.

You probably will have time to take a few photos from the view in front of the station. They also sell delicious pretzels in the restaurant. We purchased two, one filled with cream cheese and onion mix and the other just butter.

Back inside the station, head straight to the last leg of your journey and the last cable car which will take you to the top, up to the Hafelekar station.

Getting off the car you follow a trail that takes you to a flat open area which leads to different trails you can take.

The Top of Innsbruck | Hafelekar | The Austrian Alps

We spent almost two hours at the top station, Hafelekar just walking and taking a million pictures (yes they are flat non-dimensional) of what we saw. I suggest you stop in the open field and take in the splendor of your surroundings. Any direction you look you will see awe-inspiring views that will take your breath away. For us, it wasn’t the clearest of days but still beautiful. The only thing you will hear other than a few people talking will be the quietness of the mountain, the wind blowing and an occasional bird crowing as it goes by. It is Mother Nature at her best.

We will go back to Innsbruck again and I can’t speak for Ilene, but I know I’ll be going back up that mountain again. It’s one of those things you can never get tired of. It is truly one adventure you will never forget.