Today, Santa Maria in Aracoeli is still designated as the Church of the Senate and the Roman people. It is located next to the Capitol, or (Campidoglio), which is the seat of the Roman City Government on Capitoline Hill.

This post contains affiliate links. Our Italian Journey will receive a small commission from purchases made through links at no extra cost to you. Thank you for your support!

To get to the entrance of the church, you have to climb 124 steep steps made of marble. The Basilica Santa Maria in Aracoeli is one of the most cherished churches by Rome’s residents. The temple has 22 columns, none of which are exactly alike. That is due to all the columns being taken from various Roman ruins.

The church was built, in Romanesque style, in the mid-twelfth century.  Little is known about the origin of Santa Maria in Aracoeli but it is said to have been founded by Gregorio Magno in 590.

One of the first things we noticed when entering the church is the number of chandeliers across the front alter and even along and down the sides of the church. They are simply beautiful. We have never seen a church filled with them before; not this many, anyway. I understand only on a special occasion, such as Christmas, are they illuminated. 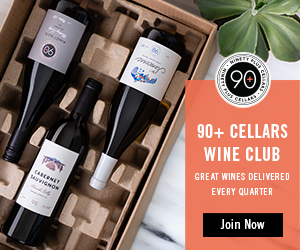 Millions of tourists and locals visit the church to see the Santo Bambino of Aracoeli, a wooden image of the Christ Child, who is believed to resurrect the dead. The statue, made out of olive wood during the fifteenth century, was stolen in 1994 and was never found. What we see today is a replica that was made to substitute the original.

At Christmas, the Holy Child is placed in the middle of a nativity scene. We actually happened to be in the right place at the right time and saw him being taken from his alter and placed in the nativity. As the priest was carrying him, a group of school children sang and then gathered in front of the nativity. Most of all, what is funny about this is the fact we had walked to see the church earlier in the week but saw the front doors of the church closed. We assumed it was closed for lunch but upon returning, you enter the church through a side door. Had we visited the first time we went, we would not have witnessed the Santo Bambino being placed in the nativity scene! Seems like Divine intervention?

Upon request, the statue is transported to hospitals in Rome and has been known to bring about inexplicable cures. When the church is closed, the statue is wrapped up and carried inside the monastery, where it stays among the friars.

The Bambino receives letters from all over the world. The letters are left to pile up on his private altar, and after a certain amount of time are burned without ever being opened.

Spotlight: 3 Interviews | Regarding Coronavirus in Italy

Who knew that photographs of the doors in Italy wo

Thank you David for your awesome review! So apprec

There are so many pretty spots to discover inside

Love how they cut the grass here in Lucca! #ourit

Let us be your guide to the most beautiful places

One of the many entrances into The historic center

A walk around the wall is always a good idea. #ou

How about a gift of authentic Italian food deliver