SS Annunziata Church is located not far from the Duomo in Florence, Italy. It is however, not your “typical” church as the outside facade is more like an office building. In fact, we walked passed it one day trying to find it. Our Google Maps told us it was there; we were standing right on the spot but when we opened the doors it was an open area with porticoes around. We did not realize that it was the entryway to the church.

front of church with entryway

open courtyard with porticoes and frescoes

They were actually working on restoring most of this church. Two ladies were up on scaffolds in this courtyard above while the front alter was quite covered with material and lots of scaffolding. This area above is called Chiostrino dei Voti (Cloister of the Vows) because it used to be filled with votive pictures and wax statues decorated with precious ornaments.
Today it is famous especially for its magnificent frescoes: the earliest is Alesso Baldovinetti’s Nativity, painted in 1460; Cosimo Rosselli’s Calling of St. Philip Benizzi dates from 1476; the others dating back to 1510.

The inside is very dark and the first thing you notice is all the gold accents and all of the side alters. The frescoes were everywhere and it took my breath away. The arches and piers  are covered in colored marble (16th and 17th century), has a golden ceiling decorated between 1664 and 1670 to a design by Baldasarre Franceschini, who also painted the canvas of the Assumption.

In 1252, the friars decided to fill the building with artwork dedicated to the Glorious Virgin during the Annunciation. It is legend that Friar Bartolomeo, who was a painter, was working on a painting of the Virgin Mary. He was distraught that he could not do her justice he finally fell asleep, exhausted He awoke to find that an “angel’s hand” had finished painting the details of her face, and it has since been called the “Miraculous Annunciation.” (see photo below) Even Michelangelo claimed it a divine piece of work.

Due to this “miracle” the painting became the object of devotion and prayer for the people of Florence. As the church grew in importance, so did the size and grandeur of the church. What you can admire today, is years of reconstructions and additions to beautify the church.

As you exit the church, you are stuck with the notable Duomo dome straight in front of you. In the piazza is a equestrian statue of Ferdinando 1 de Medici. 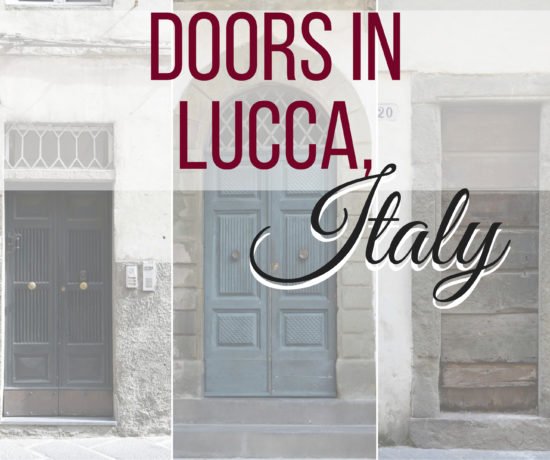 Triscuit likes our book! If you would like to take

If you haven't been to Italy, why not let us take

Enjoying a Campari and Cynar Spritz 20 steps from

Porta Santa Maria in Lucca. It's such a beauty to