There are over 25 churches in Rome dedicated to Mary, Santa Maria Maggorie is the largest Marian Catholic Church in Rome. Roman Marian churches are a religious building dedicated to the veneration of the Blessed Virgin Mary. No Catholic church can be honored with the title of “basilica” unless by an apostolic grant. St. Mary Major (Maggorie) is one of the only four churches that hold the title of  “major basilica.” The Basilica is 302 feet long, 260 feet wide. The nave itself is 98 feet wide and 246 feet high and is worth putting on your list of things to do when in Rome.

The basilica displays various architectural styles, from early Christian to Baroque. The entire building was restored and renovated during the eighteenth century, so the facade and much of the interior dates from that period. Despite this, the church retains the bell tower, some mosaics and marble floors from the medieval period. The ceiling decoration has been preserved from the Renaissance period, while the domes and chapels belong to the Baroque era.

The golden mosaics adorning the triumphal arch date from the 5th century and depict scenes from the early life of Christ and the Virgin Mary.

The Legend of the Snowfall

Legend has it that the Roman Patrician John and his wife having no heirs dedicated their possessions to the Virgin Mary. They prayed to Mary for a sign as to how they should dispose of their property in her honor. On August 5th, in the middle of the Roman Summer, snow fell during the night on the summit of the Esquiline Hill. This is where they decided to build the Basilica and dedicated it to Mary. Today, the church retains much of its original structure. Several additions have been added since the earthquake of 1348.

wooden slats inside The Reliquary

The Loggia of Blessings

To get to the loggia, you must enter a formal staircase, left of the main entrance to the basilica. Only with the purchase of a tour ticket can you go up on the loggia. The ticket covered the loggia, the Papal Hall and the Bernini staircase, all were spectacular.  The loggia over the front facade was added in 1743 to protect the Byzantine Mosaics from the 13th century. There are now four stucco angels adjacent to both doors with gilded clothing and holding sprays of vegetation. Beyond the pictured door is the Papal Hall from the 17th century.

view of the streets of Rome from the Loggia

The Basilica also houses the hidden spiral staircase designed by Lorenzo Bernini, the famous Italian sculptor, and architect. The staircase has no center support or middle rail. The structure is supported only by the carved spiral steps and their weight against the outer wall. It was the first of its kind, considered an architectural and engineering feat. The staircase was used by Pope Paul V and his servants in the Popes residence.

Just to the right side of the high altar, is the simple tomb-slab covering the entrance to the crypt of the family of Gian Lorenzo Bernini. It displays the family’s heraldry, and the epitaph Nobilis “Here the noble family Bernini waits for the Resurrection”. The architect himself has been given a short Latin epitaph of his own which is carved into the step adjoining –Ioannes Laurentius Bernini, “Gian Lorenzo Bernini, the glory of the arts and of the city, here rests humbly”.

The Beautiful Window Viewed From Both Sides

view from standing on the Loggia

stained glass window from inside the church

statue of Our Lady w/Holy Child

Other Burials in the Church 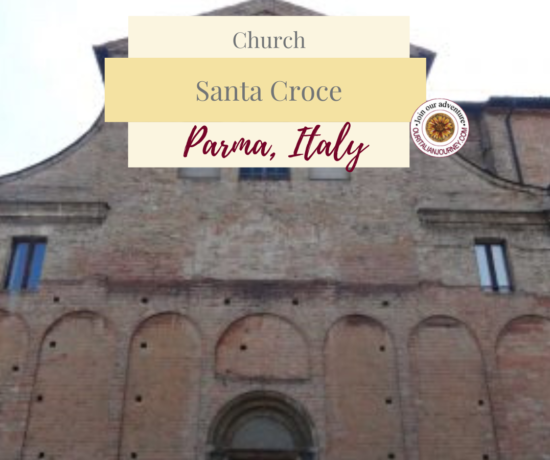 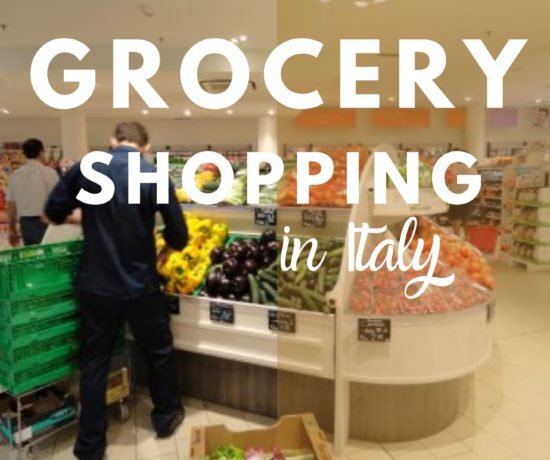 A change from my favorite Aperol Spritz... this is