Christmas in Italy means a season of celebrations and not just celebrating one particular day. To me, the United States seems to be caught up in the commercialized Christmas instead of getting back to the roots and celebrate its true meaning. Christmas in Italy is really about the joy of family. (LOVE THAT!) 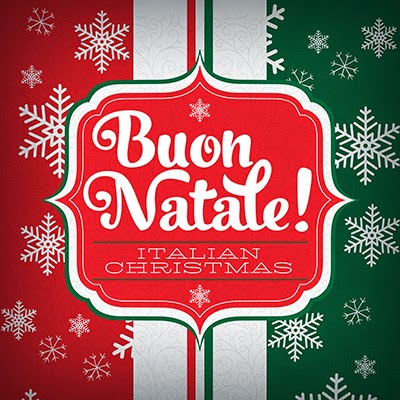 Did you know, children in Italy don’t write letters to Santa Clause; they write letters to their parents, telling them how much they love and appreciate them. Then these letters are placed under the father’s plate for the Christmas Eve dinner and ceremoniously read after the meal. Christmas season in Italy is traditionally celebrated from Christmas Eve through the Epiphany on January 6th.

In Rome, Saint Peters Square in the Vatican City holds a midnight mass attended by thousands of people from all over the world. Cannons are fired from the Castel Saint Angelo on Christmas Eve. At noon on Christmas Day, the Pope appears on his balcony to bless the crowd gathered in the Piazza San Pietro.

Traditionally, a meatless dinner is eaten on Christmas Eve with family, which includes seven types of fish and, depending on the town of origin, as many as thirteen. Sweets usually include panettone (bread with dried fruit and nuts). This is all followed by a living nativity scene and a midnight mass. Dinner on Christmas day is usually meat-based.

Decorations and trees are becoming more popular in Italy. The main focus of the decorations continues to be the Presepe (Nativity scene). Almost every church has a nativity scene and is often found outdoors in a piazza or public area. Another Italian tradition is to set up a tiered table called The Tree of Lights, which is decorated with colored paper, pine-cones, small pendants and candles. The bottom tier typically holds a nativity and the second tier holds fruits and candles. The rest of the layers are reserved for gifts.

This year, my Christmas wish is to be in Italy during this special time — next year perhaps?

I Love the Beautiful Wood Doors Found in Italy

A beautiful peak at the Duomo from inside the Uffi

When you don’t want flour tortillas to go bad an

During a recent ride through the small town of Gal

We are featured on All Author! https://allauthor.c

A beautiful day and view. Where is your happy plac

Thank you, Rick and Jennifer! Hope you come back t

Explored a new town today located in the hills of